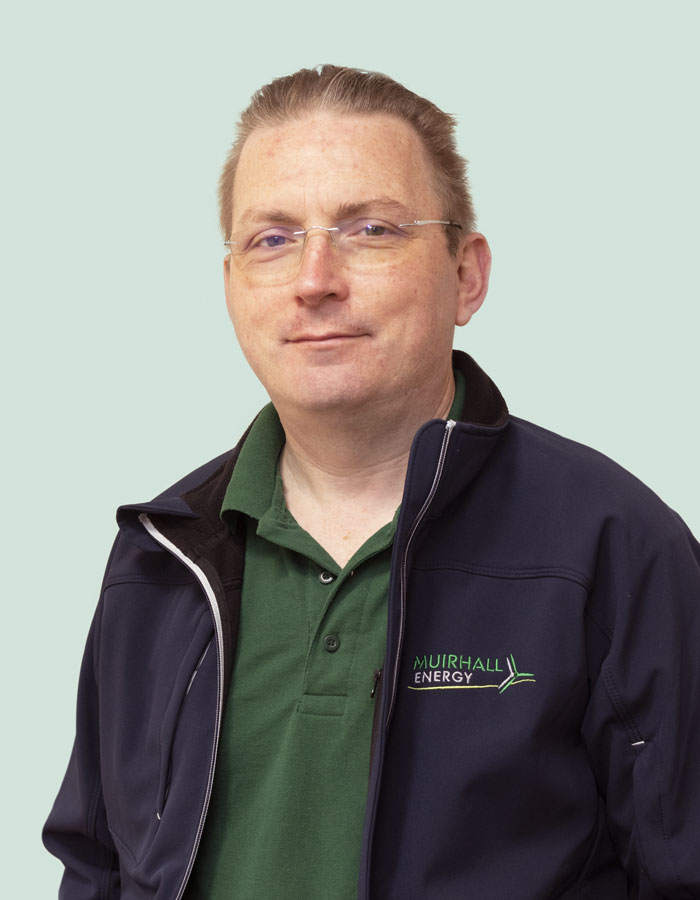 The proposed wind farm is a 2 turbine extension to the west of the 15 turbine Tormywheel Wind Farm, which was commissioned by Muirhall Energy in March 2017. The site is approximately 2km south west of Breich in West Lothian.

The original development for 4 turbines with maximum blade tip heights of 126.5m was submitted to West Lothian Council in March 2017 (LIVE/0226/FUL/17), with Further Environmental Information submitted in June 2018 and then May 2019, reducing the number of turbines to 2 in response to consultee comments. The application was consented for 2 turbines of 126.5m to tip.

Muirhall reviewed the Consented Development design and submitted a Section 42 variation to the consent to West Lothian Council to allow larger turbines (0244/FUL/20), maximising electricity generation whilst ensuring that environmental effects remained acceptable. The Section 42 application revised the turbine dimensions to allow turbines of up to 149.9m tip height, and was consented in May 2020.

The increase in the size of turbines will allow for significantly greater yields, even when compared with the 4 originally consented turbines, due to the larger power generators and increase in rotor swept path area.

The Community Investment associated with the wind farm would be £5,000 per installed Megawatt, giving a likely outcome of £40,000 per annum to the local community, or £1 million over the lifetime of thedevelopment.

To date, the Developer has proposed Memorandums of Understanding (MoUs) to local community groups.

Information at a Glance

Muirhall Energy is a leading independent developer of renewable energy projects, based in Lanarkshire, Scotland.